The impetus behind the National Wireless Safety Alliance (NWSA) occurred when top safety and operations executives representing the wireless carriers, tower owners, OEM’s and turnkey/construction management firms met with officials from Black & Veatch and the National Association of Tower Erectors (NATE) at the Telecommunications Industry Safety Summit in Dallas, Texas in October of 2013.

These key stakeholders from throughout the diverse wireless communications and infrastructure industry came together at the Summit to discuss the busy state of the industry, major areas of concern, examine leading indicators that compromise safety and quality, and collaborate on best practice solutions. Meeting participants mutually agreed that the time to work together is now in order to impact positive change and achieve sustainable safety and quality improvements.

Work began soon after the Summit to lay the ground work for the creation of the non-profit National Wireless Safety Alliance (NWSA) assessment and certification organization. Creating a national assessment and certification entity was the next logical step in order to ensure that industry workers in the future. As a by-product of the Wireless Industry Safety Task Force, in early 2015, the NWSA was formed. The NWSA is a collaborative effort by safety and operations executives from wireless carriers, tower owners/vertical realtors, OEM’s, turn-key/construction management firms, contractor companies, public safety entities, tower climbers and industry associations who all worked to develop the NWSA.

The National Wireless Safety Alliance, (NWSA), a 501 c-6 non-profit organization received its Certification of Incorporation on February 2, 2015. The official Bylaws governing the NWSA were formally approved on April 14, 2015.

The NWSA issued a call for members of the Telecommunications Tower Technician Task Force (TTTF) in the second quarter of 2015, followed shortly after with the formation and naming of the NWSA Board of Governors in the third quarter of 2015. The first TTTF meeting was held in Dallas in September of 2015 and during 2016, many dedicated subject matter experts from across the industry met in-person every 6 weeks and held countless additional hours of conference calls to develop the new Telecommunications Tower Technician I & II (TTT I & II) certification examinations. The first TTT I & II examinations were offered in January, 2017. 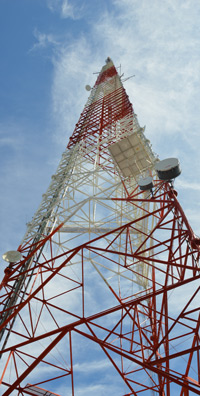 Since the inception of the NWSA, its focus has been on the development of a broad scope Tower Technician job certification, by applying a new approach to improving worker safety and reducing deaths in the industry. The NWSA was established as strictly a safety driven certification organization for individuals who work in the telecommunications industry. The actual training pathway for workers can be from a variety of other sources, such as employers, training companies, or educational institutions.